Rigby is the anthropomorphic raccoon deuteragonist of Regular Show. He, along with his best friend Mordecai (an anthropomorphic blue jay), often gets into strange situations while at their shared workplace and home, the Park.

Rigby has quarrelled again with Mordecai, and has run off to the Wicked Woods to show he could make it on his own; all his stuff was promptly stolen by the Fusion Monsters there.  Rigby is an Adaptium Nano in FusionFall, formerly obtained using the code: FFCdeathpunchies, but now by doing the "Time For Punchies" mission he will assign players.

Rigby is a playable character in FusionFall Heroes. Armed with his Dextronium powered claws, Rigby can do plenty of damage to his foes, in spite of his lack of health. Like all the playable characters, he has various heroic upgrades, as detailed in the Gallery, below. 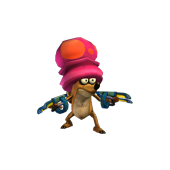 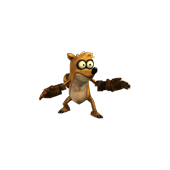 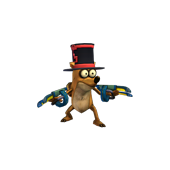 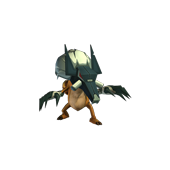 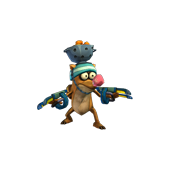 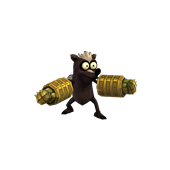 Rigby's Nano Capsule
Add a photo to this gallery
Retrieved from "https://fanonfall.fandom.com/wiki/Rigby?oldid=20544"
Community content is available under CC-BY-SA unless otherwise noted.